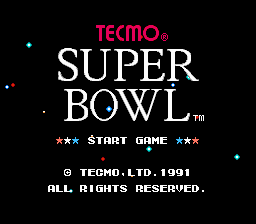 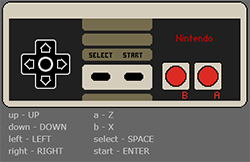 After the initial success of Tecmo Bowl, Tecmo followed up with the release of Tecmo Super Bowl in 1991. The company was able to obtain the NFL's team license, making it the first game to feature all 28 NFL teams of the day. It became a great success because of its mixture of realism and gameplay. TSB also included the real players of each team, rated realistically, with the exception of Jim Kelly, Randall Cunningham, and Bernie Kosar, who were represented by generic names: QB Bills, QB Eagles, and QB Browns, respectively.

This was because those players were not members of the National Football League Players Association union and their likenesses were not allowed to be used. The Super NES version had their names, but did not have the names of the Bears' kicker or the Bengals' punter.

Each team had 11 players on the field at a time, as in real football. There were separate rosters for Offense and Defense, plus the ability to substitute players on Offense, with the exception of the offensive line. Another groundbreaking feature was the full-length NFL regular and postseason schedule for 1991 (including the Super Bowl and Pro Bowl games). These are now common ideas, but they had only rarely been seen in a video game at that time, and certainly not at all for the Nintendo Entertainment System.

Tecmo Super Bowl retained the arcade-style football gameplay of the original, including the unique ability to break tackles, but it was more refined and deeper than its predecessor. It added new features, such as statistics, more plays, editable playbooks, fumbles, and player injuries. The game's use of detailed cutscenes for important events like touchdowns, halftime shows, injuries, and big plays was also unprecedented by other sports titles at the time. A similar cutscene style is also evident in other Tecmo titles such as "Ninja Gaiden". 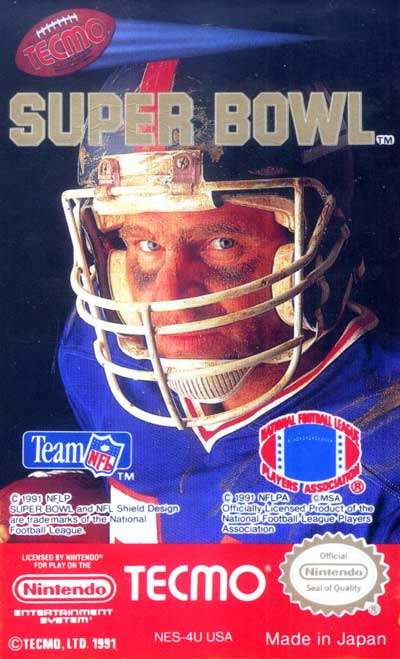